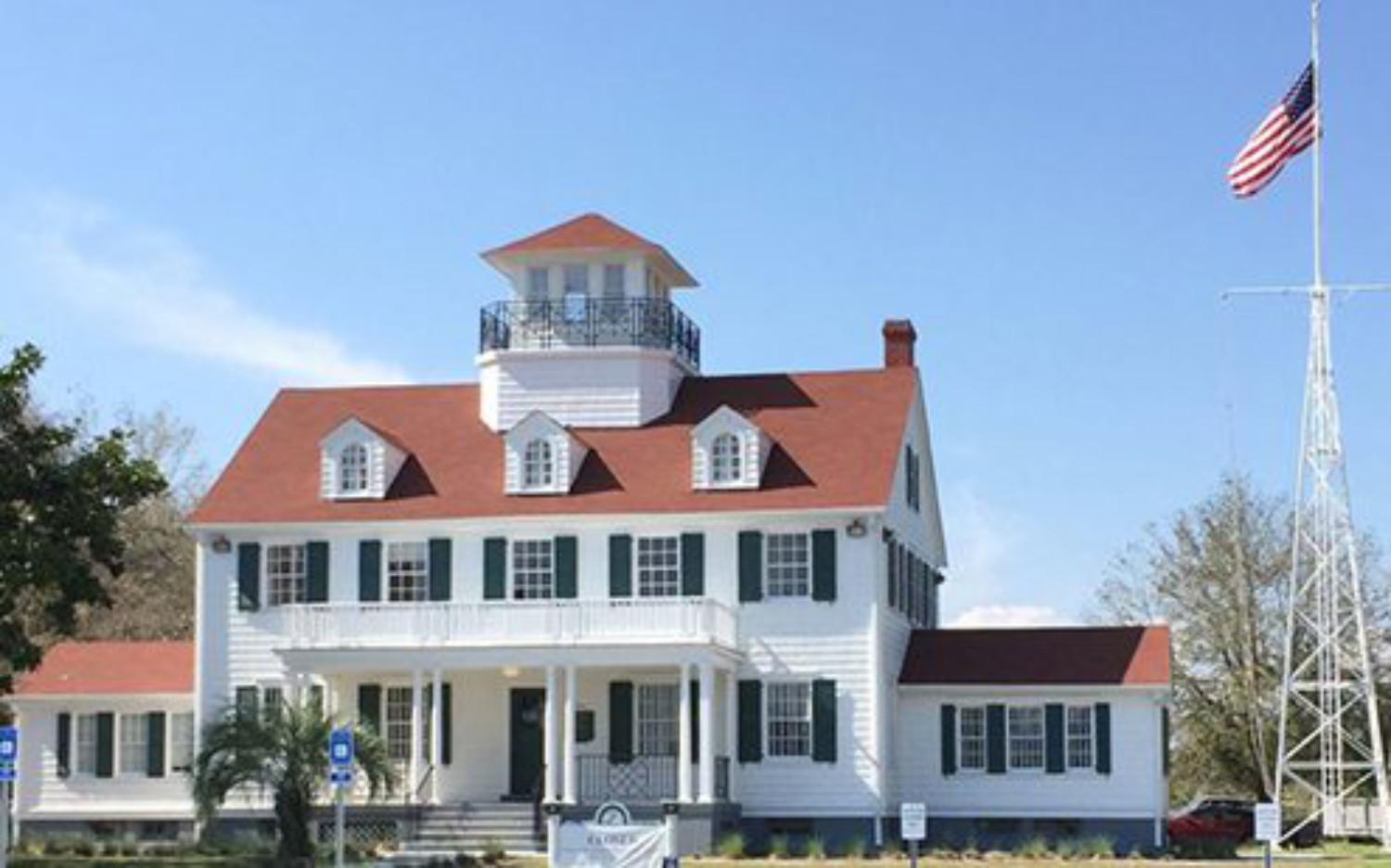 Jekyll Island Historic District, a National Historic Landmark administered by the state of Georgia, is situated on the southeast side of Jekyll Island. Occupied by the Guale Indians who called the area Ospo, the island was a popular hunting and fishing site. Gen. James Edward Oglethorpe, founder of Georgia, maintained an outpost on the island, and a plantation was established by one of his officers, Maj. William Horton. In 1794 a French family, the du Bignons, bought the island. They retained possession until 1886 when the island was sold to the newly formed “Jekyll Island Club.” Considered to be the most exclusive social club in the United States, the Jekyll Island Club had a limit of 100 members, among them the Astors, Vanderbilts, Pulitzers, Morgans and McCormicks and was laid out by prominent landscape architect H.W.S. Cleveland. A club house was built on the island and members constructed private “cottages”– enormous residences designed to house entire families with staff. The club was open for the post-Christmas season when many families came down from Newport and New York to relax and enjoy the “country life.” In 1942 the U.S. government ordered the area evacuated. The state of Georgia purchased the island from the club in 1947 and turned it into a state park. Most of the cottages have been preserved and are open to the public. Among them are San Souci, owned in part by J.P, Morgan and one of the first condominiums in the U.S.; Indian Mound, the twenty-five room home of the Rockefeller family; the Goodyear Cottage completed in 1906 from designs by the firm of Carrére and Hastings; Crane Cottage, circa 1917, the largest and most lavish of the cottages; the original Club House, a wood and brick Victorian structure with towers and manicured lawns; and Faith Chapel, built in 1904 in the Gothic style with copies of the Notre Dame de Paris gargoyles. The chapel also has a large signed Tiffany stained glass window.